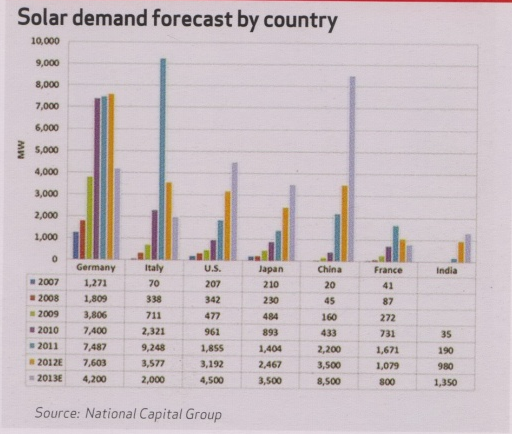 The continuous positive news flow about the China solar industry has boosted sentiment on solar firms listed in the US. According to UOB Kay Hian, some China solar power firms surged close to 10% after a 50% value added tax rebate to solar power plants effective from Oct 2013 was announced in late September. The shares of largest global producer, Yingle Solar (YGE), rose 11%.

Recall on 30 Aug 13, NDRC announced a new distributive PV subsidy scheme, which subsidizes projects based on electricity generated at a rate of RMB 0.42/kWh. The new policies again focus on the demand side which according to UOB Kay Hian will continue to improve China’s demand outlook. “ Among key markets in the globe, China is one of the key drivers. Total installation in China will rise to 10 GW in 2014, and 12 GW in 2015 from 5GW in 2012 based on our estimates,” said Mark Po, analyst at UOB Kay Hian. 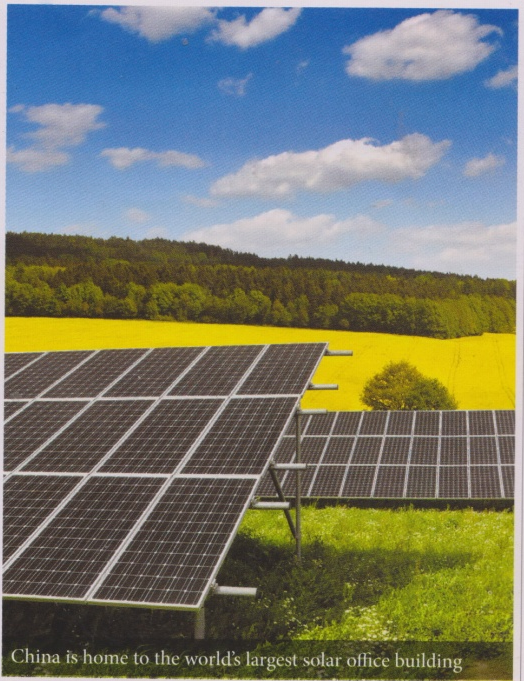 Po noted that Xinyi Glass (XYG) is one of the beneficiaries of the VAT rebate for several developments. XYG has secured a total 78 MW of solar power generation projects in its production base in Tianjin, Wuhu, Dongguan and Jiangmen. The Wuhu plant has installed 20 MW rooftop solar projects as a showcase. XYG’s solar glass has seen an improving margin and selling price since January 2012.

The group announced the spin-off arrangement its subsidiary, Xinyi Solar, by way of introduction. The proposed spin-off will be conducted by distribution of around 70% of the total number of shares of Xinyi Solar. There will be no separate offering of Xinyi Solar shares.

“We believe newsflow of Xinyi Glass will maintain warm in the near-term. We are waiting for further listing prospectus and detailed listing arrangement for the spin-off. We remain positive on Xinyi Glass given its leading position and recovery of glass industry.” Said Po.

The most profitable segment

JP Morgan analyst Leon Chik believes that solar covering glass has been one of the most stable and profitable segments of the solar panel value chain. XYG, he adds has been profitable in solar glass from 2010 to 1H13.

“The competitors are not so fortunate and many peers that are not glassmaking specialists closed down facilities in 2012 and it would be difficult to restart due to high restarting costs, government constraints on adding capacity to solar production as well as difficulties in obtaining qualifications with module makers after abandoning these same customers just a year ago.” Said Chik

According to Chik, there are large barriers to entry. First is a long lead time to add solar glass production line: 1.5 years for construction and up to 2 years to qualify with solar module makers. Second, there are high quality requirements and difficulty in qualification ( cover class is about 4-5% of the total module cost but is the key component that can break and ruin the module that is designed to last 20 years).