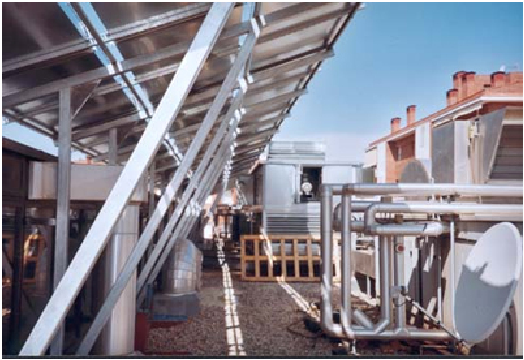 There are four types of Heat Transformation Cycle; Desiccant Cycle, pulling latent heat out of airflow and thus reducing temperature and humidity; Ejector Cycle, a system that uses pump, solar panel, and ejector instead of compressor in the cooling system; Rankine Cycle, using solar panel instead of steam pot in the absorption cycle and apply Lithium Bromide or Ammonia as active substance; Adsorption cycle, using solid sorption and chemical reaction cycle. 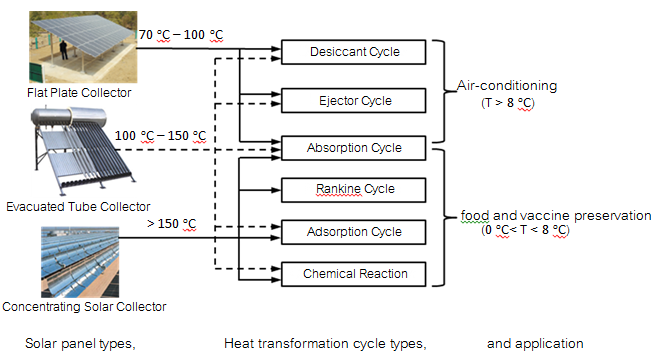 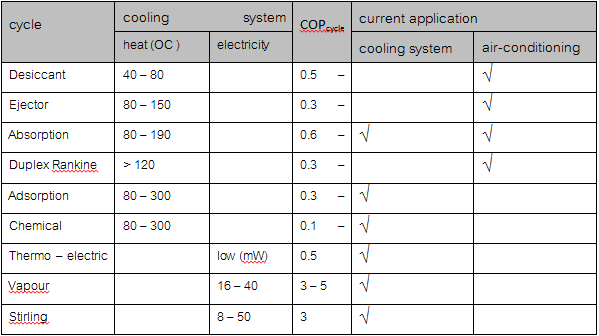 This yet is another technology invented to make use and maximize the benefit of the unlimited solar resource. Keep up with our articles to learn more of solar technologies.