Solar PV Rooftop is the alternative energy for the future that allows power generation at houses and buildings. The Ministry of Energy targets to promote as much as 1,000 MW power generation via solar PV rooftop in 2014.

The DEDE’s promotion of PV solar rooftop can be divided into three types, all of which will sell power output to the state in the form of Feed-in Tariff (Fit). The Fit rate for residential units, with less than 10kWp capacity, is set at THB6.96/unit, while that of the small business buildings, with less than 250 kWp capacity, is set at THB6.55/unit. The Fit rate of medium- and large scale business buildings/factories with less than 1,000 MWp if fixed at THB6.16/unit while those with capacity larger than 1MWp has yet to be determined. The subsidy period is set for 25 years. 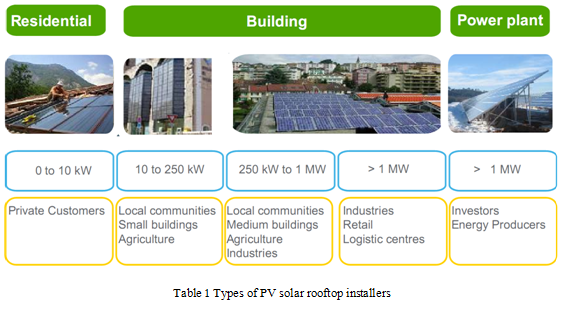 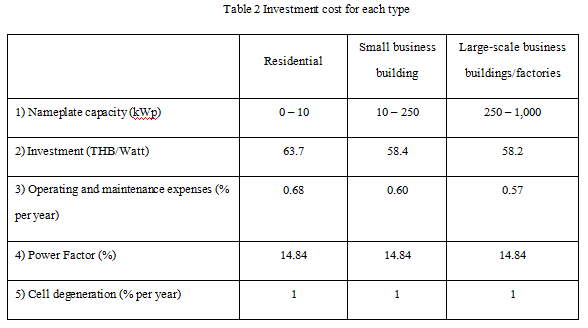 The DEDE targets to install 1,000MW capacity of PV solar rooftop within 10 years. In 2014, the Department will provide additional subsidy to government agencies with nameplate capacity of 25 MW for buildings such as town halls and district or provincial administration offices. The THB1,847 million program will last 12 months and will likely save 36.5 kWh/year, or over THB146 million/year (based on THB4/unit tariff), trim fuel usage for power generation by 11 million liters a year, or THB330 million/year (based on THB30/liter diesel price), and reduce CO2 emission by 18,900 tons/year as well as cutting Sox and Nox emission by around 5 tons/year and 52 tons/year respectively.

The promotion of solar power generation should have a bright future for Thailand as it will not only reduce fossil fuel usage for power generation purpose but also allowing almost all buildings to generate electricity they need to use and trim reliance from external energy sources.