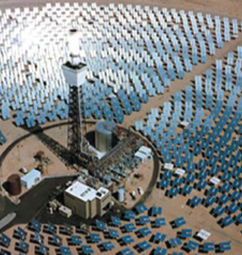 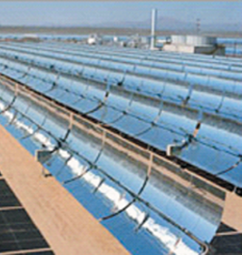 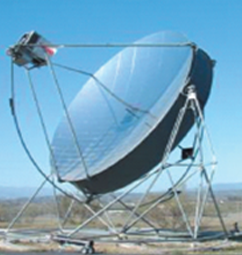 In the previous article, we have discussed solar heating technology but solar energy can also be used for electricity generating as well. In this piece, we will discuss solar power technology that Thailand has abundant potential.

The solar cell technology can be divided into three types;

1. Stand Alone. The solar cells generate power during the day and partially use it while the remainder is stored in batteries and will be used at night time. The system is controlled by charging controller, with inverter equipments that will transform direct current into alternating current to feed electrical appliances. This system is suitable for areas that are not connected with the national grid system.

2. PV Grid Connected system. The solar cells generate direct current during the day, passing it through to inverter equipment and transform it into alternating current. It would then be fed to the first electricity meter and feed power to electrical appliances through second meter. Should power produced exceeds power consumed, the excess will be transmitted into the power grid and power meter will then be reversed. This system is suitable that is connected with national grid system.

3. PV Hybrid System.  The system is designed to work along with other power generators that rely on different sources such as wind, water, diesel, geothermal etc. to achieve specific objectives.

The Concentrating solar power technology uses lenses or mirrors to focus a large area of sunlight into a small beam while it also tracks the sun to maximize solar energy collection.  It can be divided into three types;

1.Parabolic Troughs, which consist of concentrators, single-dimension long parabolic troughs that are installed on Single – Axis Tracking System. They collect sunlight to send to receiver that runs in parallel with the trough and exchanging heat with fluid within the tubes. As the fluid is usually water, it then vaporizes and drives steam turbine to generate power.

2. Central Receivers, which consist of receivers that are located on solar tower surrounded by a number of concentrators called heliostats. They track sunlight and reflect solar radiant to receivers, passing heat to fluid with the receivers to feed turbine generators or store in tanks for future use.  and 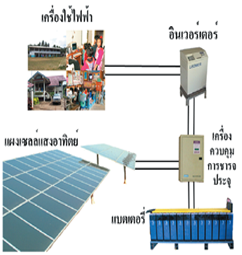 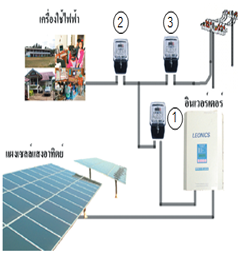 3. Parabolic Dishes, which consist of Concentrators,  parabolic layer receiver dishes. The reflectors on the layer of the dishes are made of glasses or laminated films. The dishes have Two–Axis Tracking System to collect light into single focus point to maximize energy during day time. The focus point will comprise of Concentrated Photovoltaic, or CPV, which converts intense sun radiant into electricity and heat receivers, with absorbing fluids to use with turbine generators or store in tanks for future use.  The Parabolic Dishes system provides higher solar-to-electric efficiency than Parabolic Troughs as fluids within the system have higher temperatures while it can also generate electricity directly if CPV is installed, resulting in both electricity and thermal power.